Pasti Enak has been proudly displaying its Slow Food Bali Snail of Approval since 2018. The coveted Snail is awarded to producers who use local ingredients to make international quality products, pay their staff fairly and manage their waste sustainably.
Slow Food is a global grassroots organization, founded in 1989 to prevent the disappearance of local food cultures and traditions, counteract the rise of fast life and combat people’s dwindling interest in the food they eat, where it comes from and how our food choices affect the world around us. Slow Food Bali was established in 2010 to raise awareness of locally produced foods. Milk and milk products are not indigenous to Bali, but the large volume of tourists and number of foreigners who choose to live here have created a market for cheese.
After starting several businesses in Bali since 2001, husband and wife team Chris Hayashi and Odit Hartati decided to focus on making artisanal cheese. Chris, who has been in the food industry for 30 years and a professional chef for 15, started making cheese by trial and error as a hobby in 2003. In 2011 Chris and Odit literally sold the farm to take a four year professional cheese-making/aging course in the United States.
Returning to Klungkung, they began the huge job of renovating their production space to meet international health and hygiene standards.  By 2017 Pasti Enak had earned a HACCP (Hazard Analysis and Critical Control Points) certificate,  as well as ISO 9000 and ISO 2200 conformity certification.  To achieve the highest Indonesian government certification for food production, Makanan Dalam (MD), production is governed by a 1700 page manual with very strict criteria.  The MD assessment team spent 12 hours at the Pasti Enak factory and immediately awarded a score of 100%, almost unprecedented in Indonesia. Since then, Pasti Enak has been bringing together traditional cheese-making methods with state-of-the-art equipment and hygiene standards, and producing some very interesting cheeses.
Pasti Enak cheeses are used in the kitchens of numerous leading restaurants and resorts in Bali as well as supermarkets in Bali, Lombok, Jakarta, Surabaya, Malang and Medan. 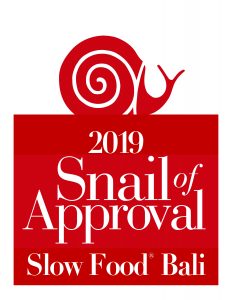